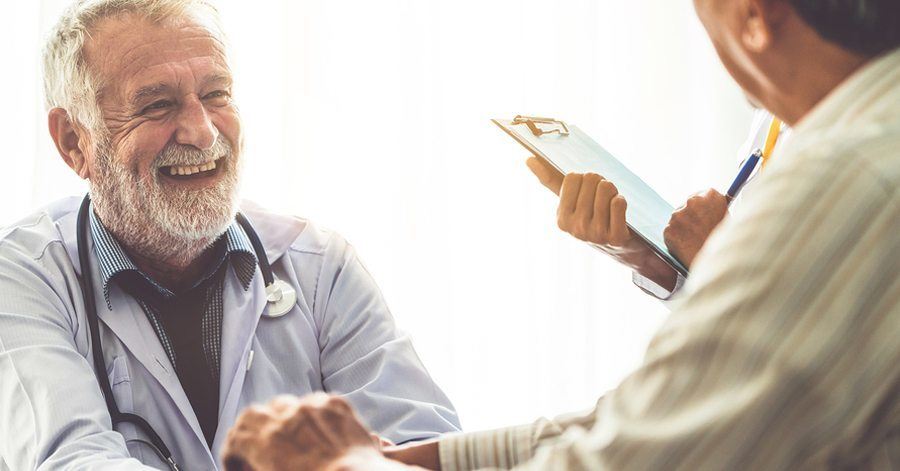 Your tailbone area is sore, and you know that something's not right. However, as far as you can tell, there's no bump or mass in the area that would account for the pain.

Is it possible that you could have a pilonidal cyst, or does this condition always produce an obvious lump near your tailbone area? Continue reading to find an answer to the question "Are pilonidal cysts always visible?" so that you can figure out how to find relief from your pain and discomfort.

A pilonidal cyst, which is better referred by the name "pilonidal sinus," is a medical condition that affects the tissue at the cleft of the buttocks. In the following video, you can see a diagram that highlights the susceptible area of the body:

The condition can present with a variety of symptoms. Not everyone who has a pilonidal cyst will experience every aspect of the disease. However, if you have an infection, it's likely that you'll have at least a few of the following symptoms:

Pilonidal Disease Below the Surface

Although many of these symptoms, such as redness or a lump, are likely to be visible at the skin level, most of the problems involved in a pilonidal infection occur below the surface.

A pilonidal sinus is a tract that leads from an opening at the skin to a cavity within the tissue. The leading theories on pilonidal disease suggest that irritation around a hair causes the unnatural sinus tract to form. Therefore, the pilonidal cavity usually contains an assortment of hair, dead skin cells and other debris. Oils and bacteria can collect in this pocket as well.

Typically, when the cavity becomes infected, the most appropriate name for it is "pilonidal abscess" because it becomes filled with pus.

Although you might not have known previously that you had a pilonidal sinus, the development of an infection is likely to lead to tell-tale symptoms, including swelling, redness, pain or pus discharge.

Signs at the Pilonidal Opening

Sometimes, just looking at the cleft of the buttocks is enough to make it clear that you have a pilonidal cyst.

When you look in the mirror or ask a trusted loved one to take a peek at your buttocks, a large, swollen lump might be quite evident. The skin may look red and angry. If there's a good deal of pus or other fluids near the surface, the problem area might resemble a large pimple.

However, it's possible that you could have an infected pilonidal sinus that's not readily apparent. Sometimes, even though there's plenty of infection brewing below the surface, there's not much to look at up top. In that case, your primary symptoms might involve pain, oozing or a low-grade fever.

But even if you don't have a big bump, a close look at the cleft might reveal a small sign that points toward pilonidal disease: a tiny hole in the skin. This hole is the opening to the pilonidal sinus tract. If you were to follow along the length of the sinus, it would probably lead to a hair-filled cavity within the tissue.

Of course, to the untrained eye, it might be hard to find this pilonidal opening. Therefore, even if you can't see anything on the outside of your skin, it's a good idea to pay a visit to the doctor if you're experiencing unexplained pain, bleeding or other symptoms around your anus or buttocks.

Most of the time, only a physical exam is required for diagnosing a case of pilonidal disease. If there's not a visible mass, the doctor will probably look for a small pit in the skin that indicates there is likely a sinus tract below the surface level. Pressing gently on this spot may allow the doctor to feel a lump below the skin.

Based on any outward indications that the doctor can find and other information that you provide about your symptoms, your care provider may have enough evidence to make a diagnosis and offer treatment suggestions without needing to do further testing.

However, a diagnosis isn't always entirely clear, especially if there are few visible signs that point toward the condition. In that case, your medical provider may need to use imaging techniques to get a better idea of what's going on underneath the skin.

Pilonidal sinuses don't usually show up on an X-ray. However, the doctor may be able to identify the pilonidal abscess with an MRI. In addition, sonography can be particularly useful for diagnosing this condition. With a handheld sonography instrument, the medical team can focus attention over the exact spot where the abscess is believed to be.

Sometimes, a case of pilonidal disease makes itself painfully clear by manifesting as a red, swollen mass that looks ready to burst. At other times, however, there's very little indication at the surface level to point to the infection that's brewing down below.

Fortunately, you don't have to figure out on your own whether you have a pilonidal sinus. If you're experiencing any of the associated symptoms, such as swelling, pain or oozing, it's best to consult your doctor. Your medical provider can properly diagnose your condition and provide reliable treatment recommendations.