9 Benefits of Single Use Ligators for Hemorrhoid Surgery

9 Benefits of Single Use Ligators for Hemorrhoid Surgery 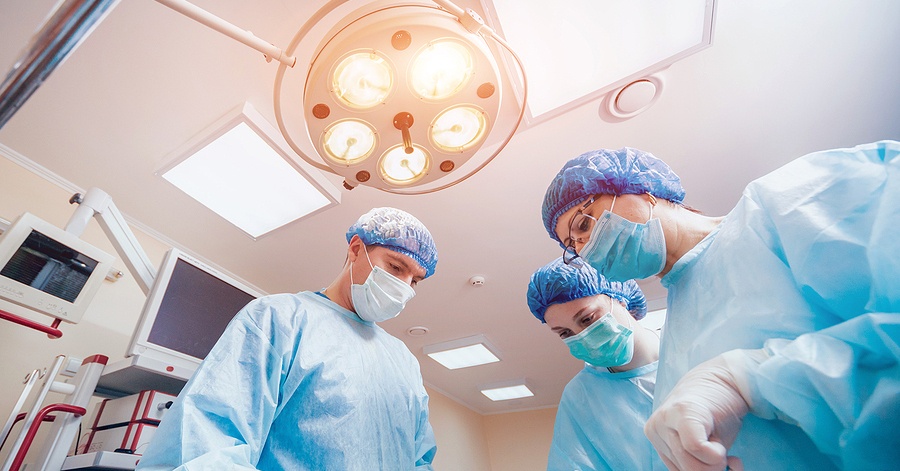 At first, shiny metal ligators that can be used again and again may seem like the most cost-effective way to perform rubber band ligation of hemorrhoids.

But you need to look at the costs:

Single use ligators don't cost much more, though, and they offer a number of benefits that you can't get with reusable tools. Both doctors and patients appreciate the safety, convenience and comfort of disposable ligators.

When doctors use disposable instruments, each patient receives a fresh-from-the-package ligator. This can reduce the risk of cross-contamination, not only for patients but for medical staff as well.

Studies show that cleaned and sterilized medical instruments usually carry a fairly low bioburden. One test demonstrated that 86% percent of tools that underwent a typical cleaning procedure had less than 100 organisms left on them, and, in general, those organisms were fairly harmless in nature.

Even still, sterilizing reusable tools doesn't fully eliminate the risk of infection. Although most of the equipment in that study was acceptably clean, 6% of the instruments still bore countless numbers of bacteria.

To avoid the risk of contaminating patients or staff with microorganisms from a reusable ligator, doctors can choose to use disposable tools instead.

Reusable tools can be employed more than once, but they'll eventually wear out. Long before you decide to retire them, they may start working less effectively than they did when they were brand new.

You won't have that worry with a one-time-use ligator. Each time you open a package, you can count on the tool being in top form for your patient.

Cleaning and sterilizing surgical tools takes time and effort. You can view the multistep process in the video below:

The more reusable tools your facility has, the more staff members you'll need to hire for the job. This may negate much of the savings provided by reusing an instrument.

With one-time-use ligators, you won't have to worry about the cleaning process. You'll simply open the package, perform the procedure and dispose of the used instrument — no further effort required.

Along those same lines, with disposable tools, you'll never have to worry that you don't have a sterilized ligator prepared for use. As long as you have a supply of SapiMed Disposable Hemorrhoid Banding Ligators on hand, you'll always be ready to perform a ligation procedure.

If you were having hemorrhoid surgery, would you rather that the doctor clamped the hemorrhoid with metal prongs or tugged at it with gentle suction? You're probably not the only person who would prefer suction.

Many single-use plastic ligators are equipped with the ability to position the hemorrhoidal tissue using suction. For example, SapiMed offers the SelfSuction LEM, which uses a built-in plunger to apply suction. SapiMed also sells disposable ligation tools that are compatible with external aspirators.

If you would prefer to use forceps to grasp hemorrhoids, SapiMed also has that variety of disposable ligator. The plastic gripper may be more comfortable for your patients than the metal forceps that are typically paired with reusable banders.

6. Single-use tools can be chosen based on patient needs.

Since SapiMed has three different types of ligators, you don't have to commit to just one style for your practice. Instead, you can keep several different tools on hand. You can choose whichever instrument would work better for a particular patient.

SapiMed even sells two different styles of bands. For most patients, you can use standard latex bands. When treating patients with latex allergies, you can switch to the latex-free variety.

7. Plastic ligators can sometimes treat multiple hemorrhoids at once.

Patients who are suffering from multiple hemorrhoids usually want the problem addressed sooner rather than later. Waiting several weeks between treatments isn't always an appealing idea.

Fortunately, SapiMed has single use ligators to solve that problem. The Lem4Rings device holds four bands. After performing the first ligation, you can turn the dial to load another band. Altogether, you'll be able to band up to four hemorrhoids during one session.

You don't have to worry that using plastic instruments will cause you to compromise effectiveness. Single-use instruments work just as well as reusable instruments.

One study compared results between disposable and reusable ligators by evaluating patients six months after their procedures. Whether the surgery had been done with a single-use ligator or a metal one, there was not a significant difference in recurrences or complications.

Don't let cost-savings be the primary reason that you opt for multiuse ligators over disposable ones. For one thing, the upfront cost of metal instruments is noticeably higher than the cost of buying single-use devices.

Plus, you have to factor in the expense of paying staff members to sterilize the tools. Of course, the equipment used for sterilization costs money as well.

No matter how much you spend on reusable ligators, they won't last forever. Eventually, you'll have to spend more money to replace them.

Instead of getting caught up in those costs, consider using disposable instruments. All things considered, neither you nor your patients will end up spending much more in the long run.

To learn more about SapiMed disposable ligators in self-suction, aspirator-compatible and forceps styles, request information from the colorectal supply experts at Adler MicroMed.