Hemorrhoid Bleeding: Causes & What You Should Do

Hemorrhoid Bleeding: Causes & What You Should Do 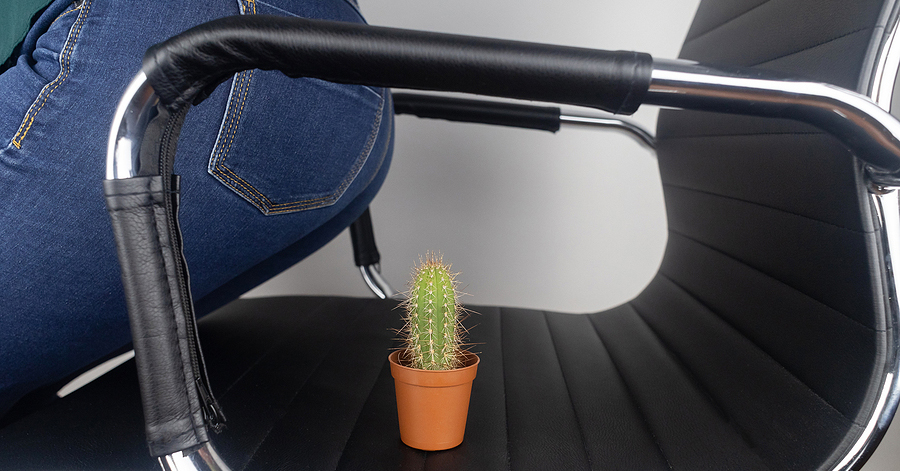 You turn to flush the toilet, and that’s when you see it: a spot of bright red blood in the toilet bowl. Why is your rear end bleeding?

You might have a hemorrhoid problem on your hands. According to the American Society of Gastrointestinal Endoscopy, small amounts of rectal bleeding are most often caused by inflamed hemorrhoids.

Blood in your toilet, on your toilet paper or in your underwear is unpleasant and inconvenient. The sooner you can address hemorrhoid bleeding, the better. Here’s why it happens and what you can do about it.

Internal hemorrhoids are the ones inside your rectum. You can’t usually see them or feel them, so hemorrhoid bleeding might be the first symptom you notice.

Hemorrhoids are normal blood vessels along the rectal wall. A hemorrhoid problem develops when the vessels become inflamed and swollen.

The vessels are filled with blood, of course. And because of the pressure around a hemorrhoid, small capillaries in the area may have already ruptured.

As the vessels bulge, they stretch the rectal tissue covering them. It doesn’t take much to break the top layer of tissue. Then, the blood that has collected near the surface begins to leak out.

Passing a bowel movement could be all that it takes to start this bleeding. Fecal matter moving past the inflamed tissue can easily tear it open. The problem may be even worse if you’re experiencing the hard, dry stools of constipation.

What to do About Internal Hemorrhoid Bleeding

The best way to stop an internal hemorrhoid from bleeding is to get rid of the hemorrhoid. Rubber banding could be the right solution for you.

In rubber band ligation, a doctor applies a tiny band around the hemorrhoid, which restricts its blood supply. That doesn’t just limit its ability to keep bleeding; it actually causes the tissue to wither and die.

Then, the hemorrhoid simply falls off. You might have a little more bleeding when that happens, but it won’t last long. After that, you’ll hopefully be free of your hemorrhoid bleeding problem.

Because of the difference in location, external hemorrhoids are covered by a layer of skin rather than rectal tissue. But just like the rectal tissue, the skin can easily be damaged and start to bleed.

External hemorrhoids often itch. It can be easy to mindlessly scratch at the site and tear it open. You might even do it in your sleep.

Having a bowel movement may also cause the bleeding to start. You might irritate the spot when you wipe.

Even your clothing could cause friction that breaks open the skin.

Whatever causes the initial injury, you may struggle with a sore, bleeding spot for a while.

What to do About External Hemorrhoid Bleeding

A few days of careful attention may help resolve your bleeding hemorrhoid. Soothing treatments can allow the broken skin to heal and the inflammation to go down.

Ice packs, wrapped in thin cloth, can be applied for 10- to 20-minute stretches. You can repeat that as often as every hour if needed.

Warm, shallow sitz baths are great for providing relief. Soak for 10 minutes at a time, a few times a day. Watch this video to learn more about taking sitz baths:

Topical hemorrhoid creams from the pharmacy contain ingredients to relieve itching and discomfort. Cotton pads soaked in witch hazel are useful for constricting the blood vessels.

However, there’s a connection between internal and external hemorrhoids. For some patients who have both types of hemorrhoids, banding the internal ones can help clear up the external problem as well.

A hemorrhoid, particularly an external one, can develop a blood clot inside. The collection of blood may suddenly turn the spot blue or purple. A thrombosis can be terribly painful.

Although it doesn’t always happen, it is possible for a thrombosed hemorrhoid to burst. The buildup inside may become too great, and the blood may come rushing out.

This sudden burst of blood can be quite surprising — and a bit of a mess.

How to Keep Thrombosed Hemorrhoids from Bursting

The doctor’s office is the best place to deal with the problem of a thrombosed hemorrhoid. In the first day or two after the thrombosis begins, the doctor can make a small incision to carefully drain the clot.

It’s much better to do this in the controlled environment of a medical office than to have your hemorrhoid burst at home. The mess will be contained, and there will be less chance of developing an infection.

Discuss Bleeding Hemorrhoids with Your Doctor

Rectal bleeding always warrants attention. It may turn out to be nothing serious, but you should get the issue checked out instead of brushing it off.

Hemorrhoids are the most likely culprit of rectal bleeding. A colorectal specialist can diagnose the location and severity of your hemorrhoids and then provide personalized advice about your best treatment options.

For internal hemorrhoids, rubber band ligation could be the most effective and efficient way to clear up the problem. We recommend seeing a colorectal specialist who uses the Adler Ligator (AL 9000). Use our doctor map to locate a specialist in your area.