Hemorrhoid Burning: Causes & What You Should Do

Hemorrhoid Burning: Causes & What You Should Do 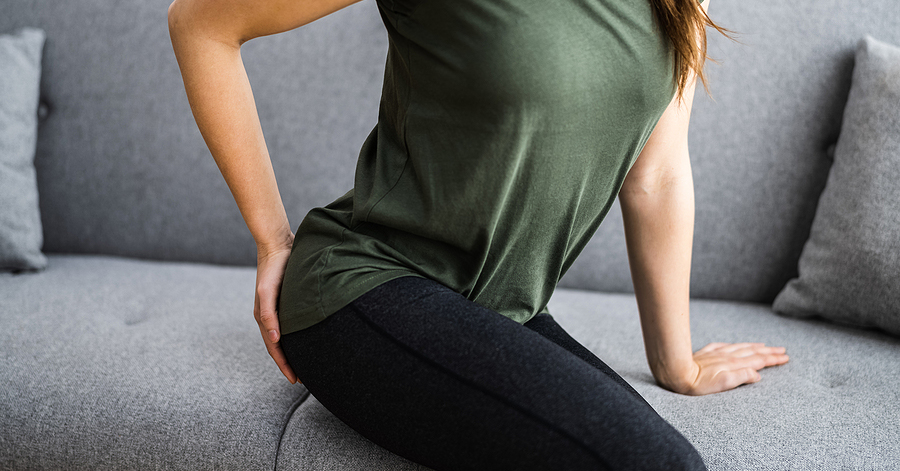 If you’re dealing with the sting of hemorrhoids, you’re probably anxious to find relief. The first step is learning why hemorrhoid burning happens. After that, you can make a plan for tackling this obnoxious problem and getting your bottom back to normal.

Why Do Hemorrhoids Burn?

If you have a stinging, burning anus, you probably figure that it’s because your hemorrhoids are inflamed. While there’s a connection between your hemorrhoids and the burning sensation, you might be surprised to learn what’s going on.

It’s not the hemorrhoidal tissue itself that feels on fire. Rather, it’s your skin.

The primary cause of hemorrhoid burning is mucus. There’s always mucus inside your digestive system. That’s normal. Typically, though, it mostly stays inside your body.

Hemorrhoids can change the situation. They make it easier for the mucus to escape from your rectum and irritate the nearby skin. The result? A painful burning sensation.

Burning is primarily associated with internal hemorrhoids, particularly as they grow larger. There are a few reasons for that.

As internal hemorrhoids develop, they can begin to prolapse. In other words, they push out of the rectum. By their most advanced stage, hemorrhoids become permanently prolapsed.

The gap may allow discharge to seep out. When it irritates the surrounding skin, burning is the likely result.

That’s not to say that external hemorrhoids feel good. In fact, this variety is often more uncomfortable than its internal counterpart.

External hemorrhoids can be quite sensitive. You may experience a lot of pain, especially when sitting down. A hemorrhoid can be itchy and irritated. It may bleed.

You can learn more about hemorrhoids and fissures here:

What Can Be Done About Burning Hemorrhoids?

If you have burning hemorrhoids, you are probably hoping to fix the problem as soon as you can. For the best results, use home remedies for quick relief, and also talk to your doctor about long-term solutions.

To feel better right away, you'll need to soothe your irritated skin.

Warm water is one way to achieve that. You can soak your rear end in a warm, shallow bath for a few minutes. It’s called taking a sitz bath. This activity can be repeated a few times each day. Just be sure to pat dry afterward; rubbing may re-irritate things.

Topical products may help as well. Your local pharmacy likely sells an assortment of wipes and creams designed to relieve hemorrhoid discomfort. These products often create a protective barrier on the skin. They may contain a pain reliever to numb the area as well.

Doing what you can to make bowel movements easier can also help. The more you strain, the more hemorrhoid symptoms you’re likely to have. To avoid that trouble as much as possible, drink plenty of water and eat a high-fiber diet. You might need to take a daily fiber supplement.

If you want lasting hemorrhoid relief, you’ll need to move beyond home treatments. The real solution is to get rid of your hemorrhoids. Your doctor can weigh in on the best approach.

For many people, hemorrhoid ligation is the method to use. It’s also known as rubber band ligation or hemorrhoid banding.

By any name, the procedure is the same. The doctor uses a special instrument, such as the Adler Ligator (AL 9000) to slide a small medical-grade band around the base of the hemorrhoid. Over the next week or two, the band restricts blood flow to the hemorrhoid. As a result, it dries up and falls off.

Hemorrhoid banding is preferred by many doctors and patients because it’s a simple way to get good results. Unlike other procedures, the associated pain and recovery time are pretty minimal. Despite the ease, this approach is often successful at fully eliminating hemorrhoids.

If your doctor says that hemorrhoid ligation isn’t right for you, another procedure may be in order. The possibilities could include laser coagulation or a surgery called a hemorrhoidectomy.

Getting rid of your hemorrhoids is the best way to resolve hemorrhoid burning. Talk to your doctor to learn more about your options. You may be a prime candidate for the ease of rubber band ligation.

Adler MicroMed can help you locate a specialist who uses Adler Ligators for this procedure. Check out our Find a Doctor map to learn about surgeons in your area.