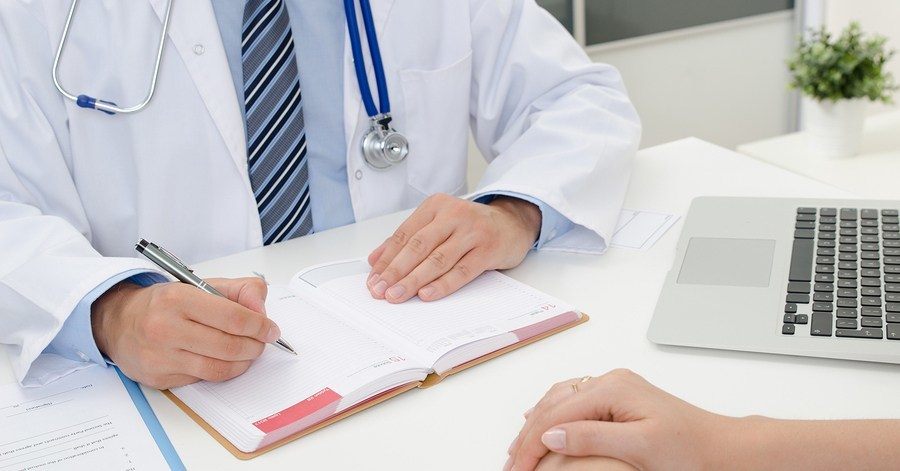 You've noticed a sore spot in your buttocks area. You're not sure what it is, but after a quick online search, both pilonidal cysts and MRSA infections have emerged as possibilities. At this point, you may be wondering, "Is a pilonidal cyst MRSA?"

No, pilonidal cysts aren't MRSA, but the conditions can present together. The following guide answers common questions about pilonidal cysts, MRSA and the relationship between them.

What Is a Pilonidal Cyst?

Pilonidal disease, also known as a pilonidal sinus or a pilonidal cyst, occurs when there's a small tunnel into the skin at the cleft of the buttocks. A cavity may form at the end of this channel, and it can become filled with dirt, hair, dead skin cells, oil and bacteria.

Infection is not the initial cause of a pilonidal sinus. Rather, researchers believe that hair follicles become irritated as stiff hairs burrow under the skin. Friction caused by excessive sitting, tight clothing or being overweight can increase the chances of this happening. As the surrounding tissue reacts to the irritation caused by the hair, an unnatural channel that begins at the skin's surface starts to form.

Although the sinus itself might not cause you any trouble, the situation can change suddenly if the tissue becomes infected. When an infection settles in, the cavity becomes known as a pilonidal abscess. You may experience symptoms like pain, swelling, irritation or redness. The sore may bleed or ooze as well.

Your doctor may recommend draining the site, treating it with antibiotics or even performing surgery.

The acronym MRSA is short for methicillin-resistant Staphylococcus aureus. It's a bacteria that can cause skin, lung or bloodstream infections. Treating MRSA can be difficult because there are many antibiotics to which this infection does not respond.

MRSA often presents as a skin infection. You can easily pick up the responsible staph in public places or group settings, and you may already carry the bacteria on your body or in your nose. Sometimes, this staph bacteria doesn't cause any problems.

However, if the germs get into broken skin, the wound can serve as a breeding ground for a MRSA infection. They can also invade hair follicles.

Areas of the body that trap moisture can be particularly susceptible to MRSA troubles. For example, infections are common in the groin area.

The symptoms of a MRSA infection can be quite similar to those of a pilonidal cyst. You may have a red, swollen bump that is filled with pus. It might hurt to touch the spot, and you might notice that it feels warm. Sometimes, a fever accompanies the infection.

To learn more about MRSA infections, check out the following video:

However, that doesn't mean that the two conditions never go together. When a pilonidal sinus becomes infected, bacteria is the cause of the infection. Many different bacteria can be responsible for this, including strains of staph, such as MRSA.

In fact, the longer that the infection is present, the more that the likelihood of having several different types of bacteria in the wound increases. Your pilonidal abscess may harbor a mix of anaerobic bacteria, Gram-negative bacteria and Gram-positive bacteria, such as MRSA staph.

Keep in mind that moist crevices in your body, such as the cleft of the buttocks, are an ideal spot for MRSA bacteria to multiply. The pilonidal sinus serves as an opening through which the bacteria can enter the skin and take hold.

In addition, MRSA is sometimes spread in healthcare settings. Improper handwashing or sanitation during pilonidal sinus treatment could cause this bacteria to spread to your wound.

How Can You Reduce the Chance of a Pilonidal MRSA Infection?

MRSA is all around, and you may even carry the bacteria on your own body. However, that doesn't mean that a MRSA infection is inevitable if you have a pilonidal sinus.

At home, careful hygiene can be an important step in preventing MRSA. Wash your hands before examining your sore, and don't try to pop the pilonidal cyst yourself. During daily showers, thoroughly wash your buttocks with soap and water. Change your towel frequently.

It's important to keep wounds covered in public places. Although you may not be able to place a bandage over your pilonidal opening, your clothing should typically cover the area. However, if you sometimes sit unclothed on a locker room bench or in a public sauna, it may be time to adjust those habits.

Unfortunately, MRSA is often present in healthcare facilities, but that doesn't mean that you should avoid having your pilonidal cyst treated by a doctor. Rather, it's a good idea to keep your healthcare provider apprised of your condition so that he or she can be on the lookout for signs of a MRSA infection.

During treatment, be sure that your doctor takes steps to prevent cross-contamination, such as washing hands frequently and using sterile equipment and gloves. Some healthcare experts encourage patients to ask doctors if they've washed their hands before an examination.

In addition, request that your doctor culture the infection to test for the presence of MRSA. You'll need a special course of medication if it turns out that you do, indeed, have MRSA. The sooner that the infection is caught, the easier it will be to treat.

Although pilonidal cysts and MRSA infections aren't the same thing, they sometimes go together. Practicing good hygiene may help you prevent a MRSA infection from taking hold in your pilonidal sinus. Maintaining good communication with your doctor is important as well. To locate a colorectal specialist who can help, use our Find a Doctor feature.