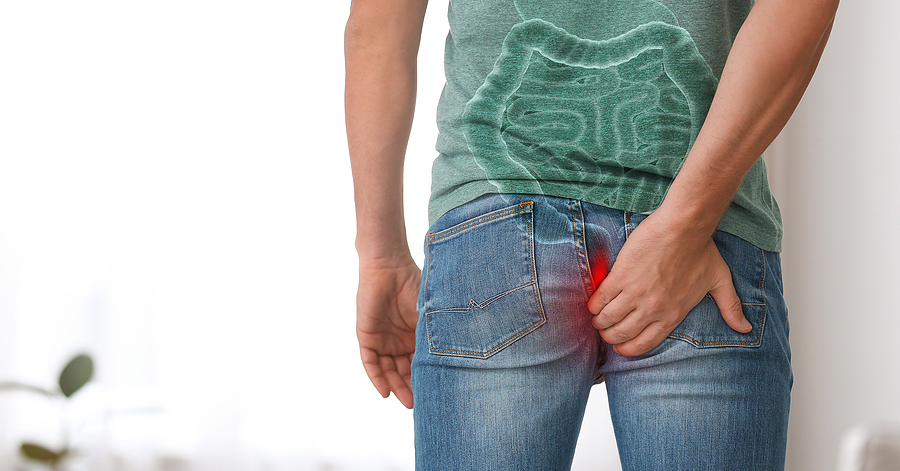 There was a time when people with hemorrhoids simply had to suffer in misery. Fortunately, times have changed significantly.

These days, physicians have a variety of tools at their disposal to help patients find hemorrhoid relief. That includes an assortment of advanced options that have been introduced in recent years, including minimally invasive options.

That’s a welcome change for both patients and physicians. So the more you know about new hemorrhoid treatments, the better a position you’ll be in when it comes to hemorrhoid care.

Some oral medications have the potential to improve hemorrhoid symptoms. These medications are known as venotonics or phlebotonics.

Venotonics strengthen a patient’s blood vessels. They’re useful for a variety of conditions, including varicose veins. Some doctors are now using them to treat hemorrhoids too.

Oral flavonoids are a particular category of pharmaceuticals that are used as venotonics.

The following video provides an accessible overview of studies on flavonoid treatment for hemorrhoids:

The goal of rubber band ligation is to cut off the blood supply to a hemorrhoid by placing a small band around it. As that happens, the hemorrhoid shrivels and falls off.

Hemorrhoid ligation with rubber bands has become a commonplace treatment option. In fact, it’s so widespread that you might not think it belongs on a list of new hemorrhoid treatments.

What’s worth noting, though, is that rubber band ligation technology keeps advancing. It used to be that doctors often depended on reusable metal ligators. To hold the hemorrhoid during the procedure, they would grasp the tissue with forceps or hook up a portable aspirator for suction.

Nowadays, doctors can choose one-time-use plastic ligators, such as the Adler Ligator, instead. Disposable ligators are more hygienic, and they are convenient too. They’re often all-in-one instruments that produce their own suction.

Plus, these new devices offer the option for incredibly quick hemorrhoid treatment. The procedure can usually be done in the doctor’s office and takes less than 10 minutes.

Rubber band ligation can be used for patients who are undergoing their first hemorrhoid surgery as well as those who have previously tried other treatments.

For another approach to reducing blood flow to the hemorrhoid, some doctors use a procedure called transanal hemorrhoidal dearterialization.

For this procedure, the doctor uses sutures to close off the artery that feeds into the hemorrhoid. When its blood supply is limited, the hemorrhoid becomes smaller and less swollen.

Some physicians use Doppler ultrasound to identify the arteries in question. Others, though, perform the procedure without Doppler guidance.

Dearterialization is often paired with a procedure called mucopexy. The excess hemorrhoidal tissue is sutured to the rectal wall so that it will no longer prolapse.

Another procedure, similar to mucopexy, has come into use over the last few decades. Known as stapled hemorrhoidopexy, it’s intended for use on prolapsed hemorrhoids.

The hemorrhoids aren’t removed or destroyed. Rather, they’re just relocated. The prolapsed tissue is returned to the rectum and then secured to the rectal wall. This is done with a special circular stapler.

The prefix “scler-” conveys the idea of hardness. In the vernacular, the term “sclerotherapy” could be called “hardness therapy.” The goal of sclerotherapy, then, is to close off the blood vessels that feed into a hemorrhoid — in other words, to turn them hard.

This treatment is usually called injection sclerotherapy because chemicals are injected into the hemorrhoid to achieve the desired effect.

The chemicals used are known as sclerosants. One common option is 5% phenol in almond oil. Research from the last several years, though, suggests that aluminum potassium sulfate and tannic acid may be the more effective choice, though.

Injection sclerotherapy is typically recommended for patients who are experiencing bleeding because of their hemorrhoids.

Lasers have a variety of uses in healthcare, and that includes hemorrhoid treatment. Using a laser, such as the neoLaser neoV, fitted with a specialized tip, doctors can deliver carefully targeted energy to the blood vessels that feed a hemorrhoid.

The laser destroys the epithelium of the vessels and closes them off. It also shrinks the tissue of the hemorrhoid. Because this procedure is designed to seal the blood vessels shut, it is sometimes called laser sclerotherapy.

As with several other modern hemorrhoid treatments, this is a minimally invasive procedure. While it typically costs more than the hemorrhoid ligation, it often produces noteworthy results.

Best New Hemorrhoid Treatments for You

Each patient is different. The best hemorrhoid treatment will depend on the severity of the person’s condition and his or her medical history.

Even still, hemorrhoid banding with the Adler Ligator may be a top choice for many situations. Rubber band ligation has a proven history, and the new Adler Ligator makes this a remarkably quick and easy in-office procedure.

Colorectal specialists can provide personalized advice to patients about ligation and other procedures .Visit our resource page or consult the professionals at Adler MicroMed to learn more about the many benefits of the Adler Ligator.