Pilonidal Cysts in Teenagers: Why It Happens & How to Treat It

Pilonidal Cysts in Teenagers: Why It Happens & How to Treat It 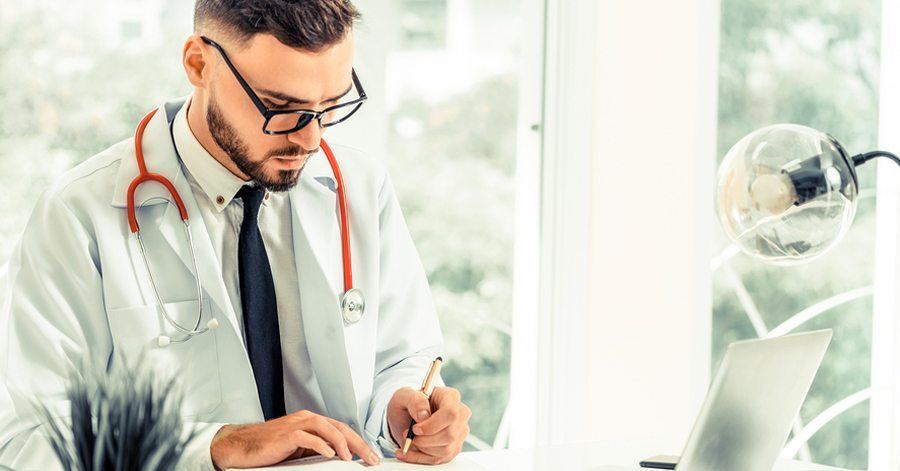 No teenager wants to suffer through the pain and embarrassment of a pilonidal cyst for very long. Therefore, if you're a teen or a parent who is dealing with this problem, you probably want information on clearing it up as soon as possible.

Getting the facts about pilonidal cysts in teenagers can help you understand what's going on and what you can do about it.

A pilonidal cyst, also known as a pilonidal sinus, is a condition that most often affects young people, including children and teenagers. Pilonidal sinuses are small, unnatural tracts that develop in the tissue at the top of the buttocks.

They commonly become infected. Symptoms of infection include redness, pain and swelling. Sometimes, blood or pus will leak from the opening. These fluids can have a foul odor.

Learn more about this condition in the following video:

Frequency of Pilonidal Cysts in Children

Although pilonidal cysts in teenagers are fairly common, there have been surprisingly few studies that focus on how the condition affects this particular demographic. Therefore, it's hard to ascertain exactly what portion of adolescents develop pilonidal disease.

Causes of Pilonidal Sinus in Teens

For patients of all ages, the exact mechanism behind pilonidal disease is not well understood.

Either way, dirt, dead skin, oil, bits of hair and other foreign material often pack into this cavity. Bacteria may accumulate as well, and an infection can result.

It is likely that adolescent pilonidal disease is triggered by similar mechanisms as the disease in adults.

Age and Gender of Patients with Pediatric Pilonidal Disease

People with coarse hair around the buttocks are more likely to have trouble with pilonidal sinuses than people with fine hair or no hair in the area. Hair usually becomes coarser and more prolific after the onset of puberty.

Therefore, pediatric patients with pilonidal disease are typically between the ages of 12 and 19. The average age of adolescent patients seeking treatment is 15 years old.

Studies are unclear about whether this condition is more common in boys or girls. In the general population, men are more likely than women to have pilonidal cysts.

However, some studies suggest that pilonidal cysts in children occur evenly among boys and girls. In fact, in one study, the rate of incidence was 4.5 times higher in girls; however, the study sample was extremely small.

Other Risk Factors for Pilonidal Cysts in Teens

In adults, being overweight or obese is considered a risk factor for pilonidal disease. Having a sedentary lifestyle is also thought to put someone at a greater risk of developing this issue. However, these factors don't seem to be as significant when it comes to teens.

According to research, neither a teenager's body mass index nor how much sitting he or she does affects the risk of developing a pilonidal cyst. A teen's race doesn't influence the development of pilonidal disease either.

Instead, one of the most important factors in the development of adolescent pilonidal disease is how often a teen bathes. Researchers found that teens who didn't bathe as frequently were more likely to end up with a pilonidal sinus than those who bathed regularly.

However, it seems that the greatest risk factor for whether a teen gets a pilonidal cyst has to do with heredity. If a parent has previously dealt with pilonidal disease, a teen is much more likely to develop the condition than his or her peers.

Not every teen will need surgery to treat a pilonidal cyst. If the sinus is not infected, it's usually sufficient to monitor the situation and hold off on treatment until an infection does arise. Some doctors may go ahead and clear any buildup out of the cavity.

Sometimes, a first-time infection will respond to a course of antibiotics. If those don't remedy the situation, the next line of defense is usually to drain the cavity, which should remove not only debris but also bacteria and pus.

However, recurrent pilonidal infections are usually a cause for surgical intervention. The traditional methods of surgically treating a pilonidal sinus typically involve cutting the affected tissue out of the body. The surgical wound may be left open to heal, or it may be closed.

Unfortunately, although excision can be an effective way to deal with a sinus, this procedure requires a long recovery period. The average healing time for an adolescent after such a surgery is 39 days. In cases where the wound is left open and packed, the recovery can take as long as 75 days.

An alternative option is to perform a laser procedure intended to close the sinus tract. After the doctor cleans out the sinus, he or she uses the energy of the laser to collapse the tract. This seals the tissue shut. Laser surgery can involve a significantly shorter recovery time than traditional surgeries.

After surgically treating a pilonidal sinus, you can take steps to reduce the likelihood of its return. Keeping the area clean can help. Studies have demonstrated the effectiveness of using laser hair removal on teens to keep recurrences at bay.

Pilonidal disease isn't uncommon among adolescents, but no one wants to deal with it longer than necessary. That's why minimally invasive treatments, such as laser surgery, can be the best approach to healing pilonidal cysts in teenagers. With the right treatment, teens will be able to put this uncomfortable condition behind them.