Hemorrhoid Banding vs Laser Removal: The Case for Each Procedure

Hemorrhoid Banding vs Laser Removal: The Case for Each Procedure 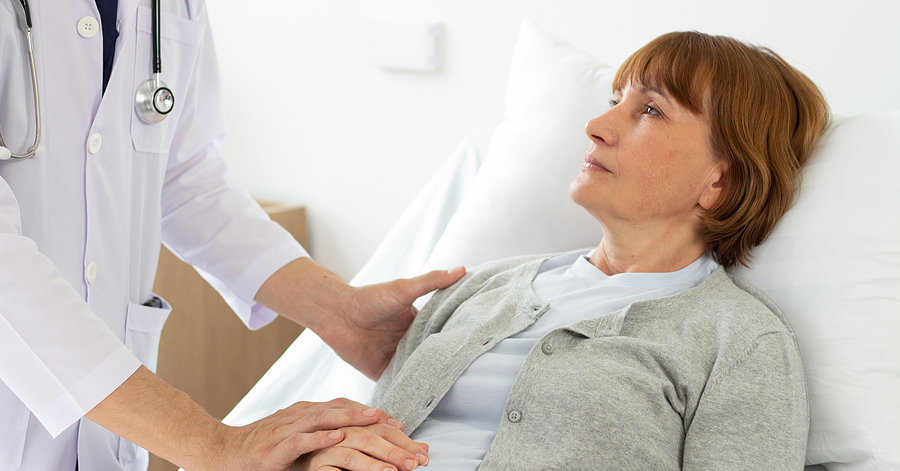 Hemorrhoids can be miserable, so effective treatment is essential. Patients benefit when their hemorrhoids are quickly and thoroughly resolved. With that in mind, is it better to band hemorrhoids or treat them with lasers?

Each approach to hemorrhoid treatment has its advantages, so it’s worth carefully weighing the options. Understanding more about hemorrhoid banding vs laser removal can make the decision easier for each patient.

What Is Hemorrhoid Banding?

Hemorrhoid banding is also called hemorrhoid rubber band ligation. It’s a procedure in which the doctor slides a medical-grade rubber band around a hemorrhoid.

The band is placed using an instrument called a ligator. These come in both reusable metal and disposable plastic varieties. One-time-use devices are safe for the patient, affordable and easy to operate.

Options like the Adler Ligator can produce their own suction, which means that fewer supplies are needed for the procedure. They also make band placement a remarkably quick process.

Once the rubber band is around the hemorrhoid, it constricts the hemorrhoid and keeps it from getting enough blood. Without the nourishment of the blood, the hemorrhoid withers within a week or so. Soon, it falls off.

Scar tissue remains in its place. That strengthens the rectal wall and discourages new hemorrhoids from forming.

What Is Hemorrhoid Laser Removal?

While most banding procedures use the same general technique, laser hemorrhoid treatments are more diverse.

Sometimes, laser hemorrhoid procedures involve inserting a laser probe into the hemorrhoidal tissue. The neoLaser neoV is one instrument that can be used for this procedure.

The laser’s energy is targeted at the blood vessels that feed the hemorrhoid. It causes the vessels to seal shut. As with banding, this reduces blood flow so that the hemorrhoid will shrink.

Lasers can also be used to excise a hemorrhoid from the body. This is similar to a more traditional surgery in which scalpels or scissors slice through the hemorrhoid. Lasers, though, offer several advantages over other tools.

Laser instruments are very precise, so there’s less risk of damaging the surrounding area. Also, the laser cauterizes as it cuts. That may keep the incision site from bleeding as much.

Because of these laser advantages, the postoperative period may involve less pain and a shorter recovery compared to traditional hemorrhoidectomies.

Once you understand how hemorrhoid banding and laser removal work, it’s worthwhile to compare the two procedures on several key points. That can help you decide which option is right for various hemorrhoid situations.

Both hemorrhoid banding and laser treatments can be done as outpatient procedures.

Hemorrhoid band ligation can be performed in the doctor’s office. It requires no bowel preparation or anesthetic.

Also, this treatment is remarkably quick. In fact, procedures performed with the Adler Ligator may be completely finished in less than 10 minutes.

In this video, a physician assistant talks about how easy the banding procedure is:

The experience of laser hemorrhoid removal will depend on what type of procedure is being done. Some at-home preparation may be required, and a local anesthetic may be administered.

The length of laser treatments can vary, but patients are often finished within about 45 minutes.

Because hemorrhoid banding doesn’t require an operating room or anesthetic, it can be done quite affordably. Using a low-cost disposable ligation tool like the Adler Ligator can further reduce the price. That’s beneficial for both patients and providers.

Laser treatment can be more expensive. Not surprisingly, this type of surgery requires laser equipment, which can be pricey. As a result, doctors may need to charge a higher price for each procedure.

The expense also means that not as many doctors invest in laser equipment. It can be harder, then, to find doctors who perform laser hemorrhoid removals. Rubber band ligation is a more common procedure.

One thing to note in the hemorrhoid banding vs laser removal discussion is that either option typically offers an easier recovery than a traditional hemorrhoidectomy.

Most people feel better within a few days of having their hemorrhoids banded. Some resume their normal activities almost right away. Others take it easy for a day or two.

The procedure can leave patients with a temporary feeling of rectal pressure or fullness, but it’s not usually a sharp pain.

Laser coagulation of hemorrhoids may cause even less pain. Laser hemorrhoidectomy, on the other hand, could require a few days to a week off of work for recovery.

Minimally invasive hemorrhoid procedures such as banding and laser ablation provide long-term relief for some patients.

Some research has found the laser procedure to produce more promising results, but that can vary depending on the exact techniques and tools used. The newer models of hemorrhoid ligators on the market may be over 90% effective.

Choosing a hemorrhoid removal procedure is a decision that should be carefully made by doctors and patients together. The right type of surgery will depend on a variety of factors, including how serious the hemorrhoids are and how much time is available for recovery.

For instances when ligation is the best option, consider the Adler Ligator as your instrument of choice. This disposable rubber band ligator is an effective tool for quick, safe and reliable band placement. Reach out to Adler MicroMed to learn more.