Finding the Best Hemorrhoid Ligation Suction Device for Your Practice

Finding the Best Hemorrhoid Ligation Suction Device for Your Practice 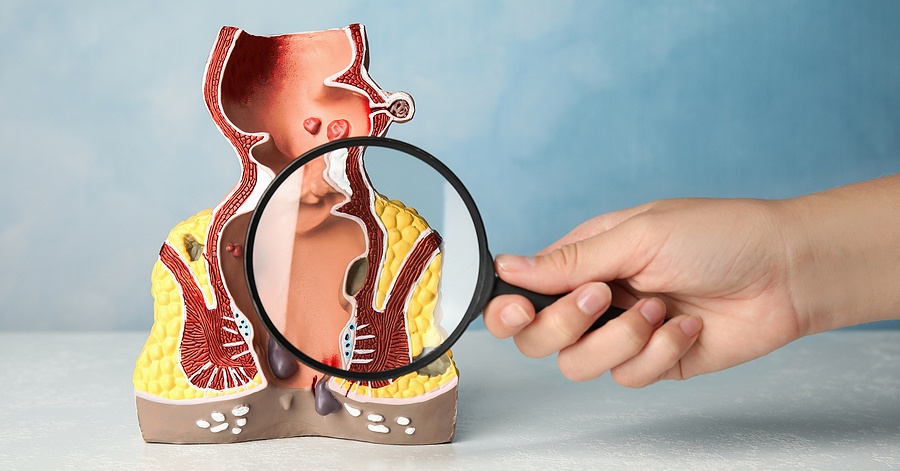 Whether you are new to the practice of hemorrhoid banding or have been offering the service for years, it’s always a good idea to make sure you’re using the latest and best tools for the job. That includes finding the best hemorrhoid ligation suction device.

Today’s hemorrhoid ligators have come a long way. You may be surprised to learn how easy it is to position a hemorrhoid using the latest banding ligators on the market.

The Role of Suction in Hemorrhoid Banding Ligation

The purpose of a hemorrhoid banding procedure is to place a small rubber band around the base of a hemorrhoid. The band cuts off the blood supply to the tissue. After several days, it dries up and falls off.

It’s a quick, simple procedure. Before you can place the band, though, you must properly position the hemorrhoidal tissue. Essentially, you need to make it “stand up.” Drawing the tissue away from the rectal wall allows you to slide the band over the top and onto the base. That’s what suction is for.

In this video, a doctor talks more about the role of suction during a banding procedure:

While holding the hemorrhoid in place is an important step in this procedure, not all hemorrhoid banding ligators use suction.

Many, especially some of the more traditional metal instruments on the market, rely on forceps instead. There are disposable plastic models that require forceps, too. The forceps may be a separate tool or part of the ligator.

Forceps will do the trick, but that doesn’t make them the best choice for the job. Metal clamps can be quite uncomfortable, especially if the doctor squeezes too tightly. Some patients may even find the experience painful.

Also, using forceps with a ligator requires the doctor to use two hands for the procedure.

Fortunately, forceps aren’t the only option for positioning the inflamed tissue during hemorrhoid banding. Suction is a more pleasant alternative. While the suction is strong enough to hold the hemorrhoid where you need it, it’s gentle enough to keep your patients comfortable.

Many hemorrhoid ligators hook up to a separate suction device. There are both metal and plastic instruments that work this way.

A portable aspirator is often the device used for this job. The aspirator may run on batteries or plug into the wall. The device itself is reusable for patient after patient, but there are some disposable parts, such as a plastic collection cup.

One advantage of this approach to hemorrhoid banding suction is that it frees up one of the doctor’s hands since there’s no need to maneuver forceps. Also, the doctor typically has some control over how much suction is applied and can adjust the level higher or lower as needed.

There are drawbacks to consider, too, though. For one thing, a member of your medical team must take the time to attach the suction tubing to the ligator before each procedure. Also, needing to plug in the aspirator may limit where your exam table goes or how you can position the patient.

Suction doesn’t only come by means of external aspirators. The latest hemorrhoid ligators on the market include built-in suction capability. The doctor can use just one tool both for positioning the tissue and placing the band. The Adler Ligator (AL9000) is an instrument that uses this method.

This style of instrument creates suction using a plunger system. The doctor moves the plunger forward and then carefully draws it back. This activates the suction and allows the doctor to guide the hemorrhoid into the barrel of the instrument before placing the band. Once the band is situated, the doctor can easily bring down the suction and release the tissue.

Now, this method does take two hands. You might find that the benefits greatly outweigh that fact, though. Using a self-suctioning device is remarkably simple. There’s nothing major to prepare beforehand and very few supplies to gather.

In one fell swoop, you can insert the ligator, engage the suction, release the band and complete the procedure. Often, the entire process with a self-suctioning hemorrhoid ligator takes just a couple of minutes.

Also, disposable hemorrhoid ligators with built-in suction capability can be quite affordable. There’s no need to invest in special aspirators or forceps in addition to the banding tools. Each patient will require just one cost-effective disposable ligator that can be used from beginning to end of the procedure.

Choosing the Best Suction for Your Hemorrhoid Ligators

Which hemorrhoid ligation suction device should you use? Self-suctioning disposable ligators are the most convenient way to treat your patients’ hemorrhoids.

The Adler Ligator is an affordable, easy-to-use instrument for banding internal hemorrhoids without uncomfortable forceps or inconvenient aspirators. To learn more about the opportunity to use Adler Ligators in your colorectal practice, contact Adler MicroMed or explore our product page.