How Does Rubber Band Ligation Work?

How Does Rubber Band Ligation Work? 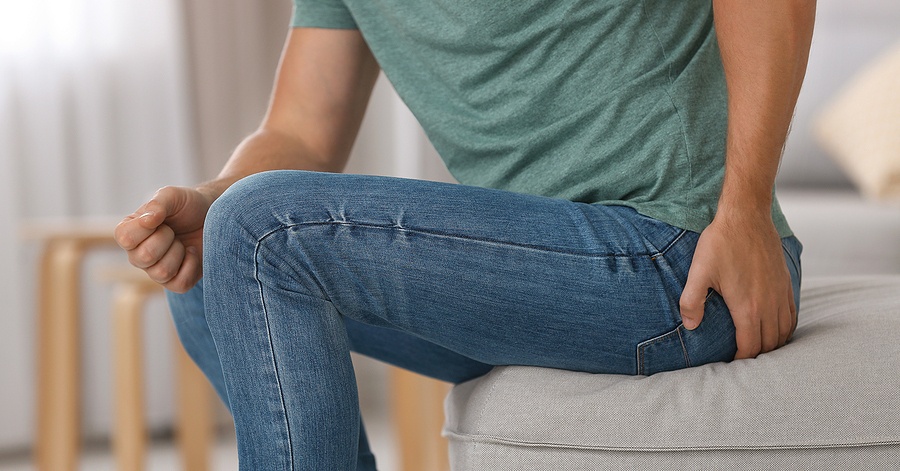 How does rubber band ligation work? That might be the first question that comes to mind after your doctor suggests this procedure for hemorrhoid treatment.

Rubber band ligation is a simple process, but it may rid you of your hemorrhoids for good. Learning how the procedure works will give you the confidence to treat your hemorrhoids with this minimally invasive method.

Hemorrhoid banding requires only a few specialized tools. These include:

The anoscope is a metal or plastic tube that is used for opening the rectum so the doctor can access the hemorrhoids. It may have a built-in light. If not, a separate light will be needed.

The ligator is the main tool needed for the banding procedure. This instrument holds and places the rubber bands. It can be a single-use plastic instrument or a reusable metal one. SapiMed offers several varieties of disposable banding ligators.

The ligator may have a built-in mechanism for applying gentle suction to the hemorrhoidal tissue. If not, the doctor may use a pair of forceps to grasp the hemorrhoid or a separate suctioning device.

The rubber bands used for ligation are quite small. They are preloaded onto the ligator.

Your doctor may use a few other items during the procedure as well. These may include lubricant and gloves.

Internal hemorrhoids are classified by degree of severity:

Rubber band ligation is usually used on Grade 1, 2 and 3 hemorrhoids. In some cases, it may be recommended for Grade 4 hemorrhoids, but that's rare.

Some minor hemorrhoids may be too small to treat with ligation. There must be enough tissue to suction or grasp so that the band can be positioned around the base of the hemorrhoid.

Hemorrhoid banding can usually be done as an outpatient procedure without anesthetic. You may be able to have it done right in the doctor's office.

When you arrive for your ligation, you'll need to undress from the waist down. The healthcare provider will ask you to lie on your left side with your knees to your chest. The doctor will lubricate an anoscope and slide it into your rectum.

Next, the doctor will insert the hemorrhoid ligator. Using suction or forceps, the physician will gently pull the hemorrhoidal tissue away from the wall of the rectum.

Then the doctor will trigger the ligator to release the band that it is holding. The rubber band will rest at the base of the hemorrhoid. It should fit snugly around the hemorrhoid, but it shouldn't be painful for you.

You can view an animation of this process in the following video:

Some ligators can hold several bands. With one of those tools, your medical provider may be able to treat multiple hemorrhoids during a single session. This may depend on your condition, though; some doctors prefer to let one spot heal before banding the next one. Having multiple hemorrhoids treated at once may require general anesthesia.

Applying the rubber bands is a quick procedure. Often, the whole thing takes only a few minutes. Once the treatment is finished, the doctor will carefully withdraw the ligator and the anoscope. Unless you needed general anesthetic, you'll be able to go home shortly after the procedure is over.

After the Banding Procedure

The rectal wall will be left with a scar. Because the tough scar tissue can help hold veins in place, it may reduce the likelihood of developing another hemorrhoid in that spot.

Recovery from hemorrhoid banding is generally uncomplicated. You may want to lie low for the rest of the day, but you might be able to return to work the next day or the day after. Even still, you should avoid strenuous activity for at least 48 hours and heavy lifting for a few weeks.

You may experience a feeling of fullness in your abdomen or your rectum for a few days. Intense pain is uncommon, though. You can take over-the-counter pain medication to improve your discomfort. Other pain-relieving tips include resting your bottom in a sitz bath a few times a day and applying cold packs to the area.

Some patients bleed after a banding procedure. Bleeding commonly occurs when the withered hemorrhoid separates from the rectum. You may notice it as spots on your toilet paper, and it shouldn't last long.

To recap, how does rubber band ligation work?

To find a doctor who uses SapiMed disposable ligators, visit our Find a Doctor page.