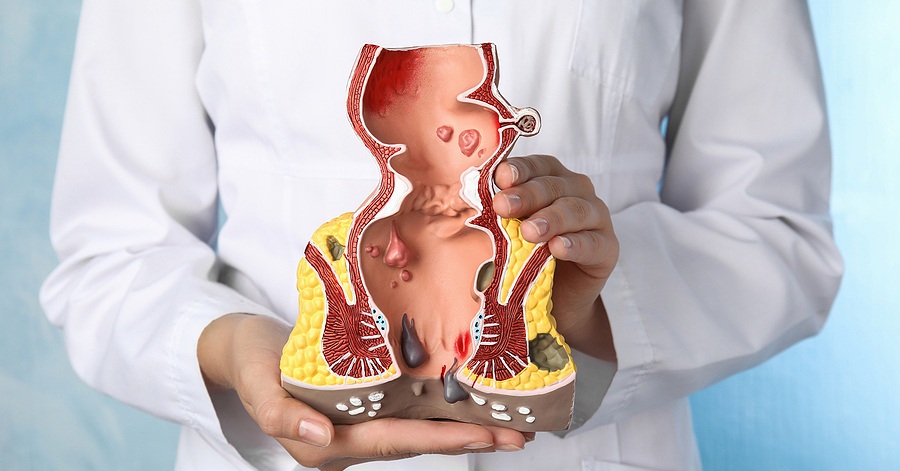 You need hemorrhoid surgery. You’ve tried home care and waiting it out, but the hemorrhoids haven’t gone away. Surgical treatment seems to be the only option for resolving your problem.

What Is Minimally Invasive Surgery?

When you think about the idea of getting surgery, does your mind immediately jump to the idea of being cut wide open on an operating table? Afterward, you might receive a long line of stitches and a lifelong scar.

Minimally invasive surgery doesn’t involve making major incisions. Rather, doctors use techniques that allow them to make only very small cuts. Sometimes, no cutting at all is necessary.

Because minimally invasive procedures are less damaging to the body, they usually involve easier recoveries. Patients may experience less pain or other side effects during the recovery period. It may take less time for them to feel like themselves again.

Are All Hemorrhoid Surgeries Minimally Invasive?

No, traditional hemorrhoid surgery is known as a hemorrhoidectomy, and it’s not usually considered a minimally invasive procedure. It requires excising the hemorrhoid from the body with a scalpel. Some patients need stitches afterward.

After a hemorrhoidectomy, you may be laid up for a while. You’ll probably be able to go home the same day, but you may need to take a few weeks off work.

The pain may last for up to a month. Bleeding, especially during bowel movements, could last even longer.

The thought of a full hemorrhoidectomy probably isn’t too appealing to you. Yes, it usually produces good long-term results, but you may first go through several weeks of wondering whether the procedure was really worth it. Opting for a minimally invasive alternative could spare you that agony.

Not all minimally invasive hemorrhoid procedures are created equal, though. It makes sense to choose the best option. You’ll appreciate it in the days following your procedure and in the years to come.

For many patients, rubber band ligation, also known as hemorrhoid banding, is the clear choice. Doctors have been using this technique for years, and recent developments in banding technology have made the procedure quicker and easier than ever.

Hemorrhoid banding doesn't require any incisions. Rather, the doctor uses a special ligation tool, such as the Adler Ligator (AL9000), to place a small rubber band around the base of the hemorrhoid.

Although tiny, the band is able to accomplish something remarkable. It restricts the hemorrhoid’s blood supply. As a result, the tissue shrivels. After several days, it simply falls off. The old hemorrhoid passes into the toilet, and there’s simply a bit of scar tissue left in its place.

Ligation is an incredibly quick procedure, and it’s done right in the doctor’s office. With the newest ligators on the market, doctors can often place a band in just a couple of minutes. Afterward, you’ll head home to relax for the rest of the day.

Yes, you may experience a bit of bleeding and discomfort over the next few days, but it’s usually nothing compared to recovering from a hemorrhoidectomy. For example, you might have a feeling of fullness or pressure in the rectum, but there shouldn’t be intense pain. Many patients can resume regular activities after just a day or so.

In this video, a colorectal specialist discusses the reasons that he thinks rubber band ligation is the best minimally invasive hemorrhoid surgery:

Of course, a quick and easy procedure doesn’t mean much if it doesn’t take care of your problem. You’ll be glad to know that rubber band ligation has a good track record for addressing hemorrhoids. It’s especially beneficial for hemorrhoids that are classified as grade II, and it can occasionally be used on grade III sites as well.

In one study, the first round of rubber band ligation resolved symptoms for over 73% of patients. Those who experienced a recurrence underwent repeat banding sessions. As a result, over 80% of the study’s participants ended up with long-term successful results.

Because rubber band ligation is reliable, it’s often recommended as the first surgical treatment for problematic hemorrhoids. These days, doctors often reserve hemorrhoidectomy surgeries only for the most complicated cases. Since it’s both minimally invasive and effective, hemorrhoid banding is the preferred option for many patients.

Which Hemorrhoid Procedure Will You Choose?

By now, the best choice for your hemorrhoid treatment may be quite clear. Rubber band ligation is a top option for minimally invasive hemorrhoid treatment. A colorectal specialist can often perform this quick surgery right in the office with no preparation or anesthesia needed.

If you’re ready to find out whether you’re a good candidate for hemorrhoid banding, turn to the Adler MicroMed provider finder. We’ll help you locate a doctor in your area who specializes in hemorrhoid banding with our state-of-the-art Adler Ligator. This minimally invasive procedure could be the perfect fit for your hemorrhoid treatment needs.