Pay Attention to These 6 Signs of Hemorrhoids

Pay Attention to These 6 Signs of Hemorrhoids 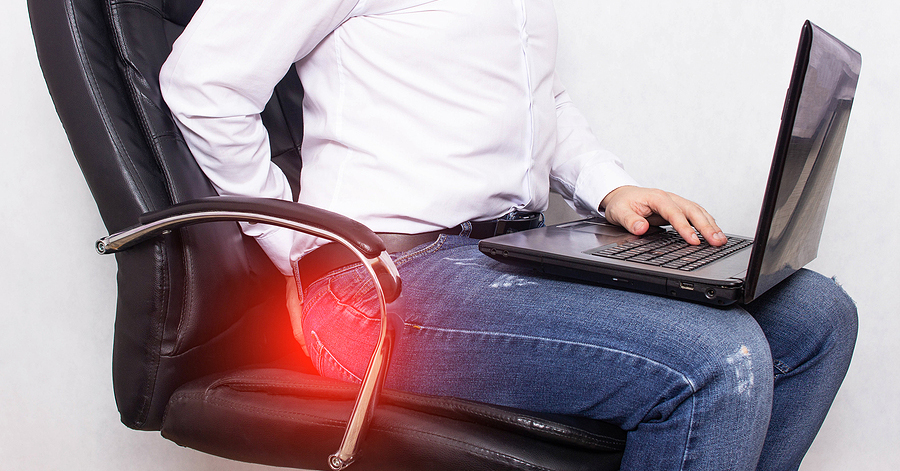 Hemorrhoids are a problem that no one wants to have. Even still, there’s a good chance you’ll end up with hemorrhoids at some point in your life. Only about a quarter of people make it their whole lives without any hemorrhoid troubles.

While you might be one of the lucky ones, it’s smart to acquaint yourself with the signs of hemorrhoids. That way, you may be able to catch a developing hemorrhoid early. The sooner you address the problem, the easier your treatment should be.

Rectal bleeding should always grab your attention. Whether you notice drops of red blood in the toilet bowl or streaks on your toilet paper, it could be a sign of hemorrhoids.

There are two main types of hemorrhoids: internal and external. Internal hemorrhoids are inside the rectum. External ones are around the anus.

When you watch this informative video about hemorrhoids, you’ll be able to spot animations of both the internal and external varieties:

Bleeding is a symptom of both types. Hemorrhoids are inflamed blood vessels. Because of the swelling, the skin or other tissue covering the outside of a hemorrhoid is stretched thin.

It doesn’t take much rubbing or irritation, then, for a hemorrhoid to start bleeding. It can happen easily when you’re passing a bowel movement or wiping.

Since internal hemorrhoids are inside the rectum, they’re out of sight, right? That’s only sometimes the case.

Early on in their development, internal hemorrhoids are fully concealed inside the rectum. As they grow bigger, they may start to poke out. This is known as a prolapsed hemorrhoid.

At first, this happens only when you have a bowel movement. The tissue may go back into place on its own. The most developed hemorrhoids, though, are prolapsed all the time. A prolapsed hemorrhoid can cause new symptoms, such as pain and itching, to develop.

If you notice an unusual flap of tissue protruding from your anus, it’s time to get checked for hemorrhoids. Mildly prolapsed hemorrhoids are usually easier to treat than permanently prolapsed ones. Rubber band ligation, for example, can be a great treatment option in the early stages.

Prolapsed internal hemorrhoids can be the cause of itching around your anus. They often cause mucus to escape your rectum, and that can be irritating.

The more often this spot gets bothered — for example, from rubbing against clothes — the worse the itching may become.

Fortunately, you might be able to find some relief for this hemorrhoid symptom. Sitting in a warm bath a few times a day can be soothing. Also, over-the-counter hemorrhoid creams usually contain itch-taming ingredients.

One of the signs of hemorrhoids, at least the external variety, can be quite noticeable. You may develop a definite lump or bump on the skin near your anus. When you run your fingers over the area, you might feel it right away.

If your fingers detect a bump, you can use a mirror to check the spot out. The hemorrhoid may be similar in color to the surrounding skin, or it may have a redder tone to it. Some external hemorrhoids are blue or purple because of the blood inside.

External hemorrhoids are often uncomfortable. The thin skin covering the swollen blood vessel can become broken and irritated. That can feel downright painful.

There’s always a chance of something worse happening, though. Some external hemorrhoids develop a blood clot inside. That's called a thrombosed hemorrhoid.

Thromboses can develop all of a sudden. When they do, they bring with them a great deal of pain. It’s hard to miss the signs of a thrombosed hemorrhoid.

If sudden pain becomes one of your hemorrhoid symptoms, see a doctor as soon as possible. Draining the clot can provide immediate relief. It needs to be done within the first day or two though.

Perhaps you don’t have any of these clear signs of hemorrhoids, but something just doesn’t seem right. Maybe you have a dull pain or an ache in your rectal area. That sensation could be a clue that you’re dealing with a hemorrhoid problem.

For some people, the discomfort is most noticeable when they’re sitting. That’s not always the case, though, so don’t rule out the possibility of hemorrhoids just because a position change doesn’t make a difference.

Whenever you have rectal symptoms of any sort, even if you can’t put your finger on exactly what the issue is, it’s worth getting checked out by a doctor.

Dealing with the Signs of Hemorrhoids

Whether you have bleeding, itching, pain or another symptom, it’s always best to get professional input.

For one thing, even if you have all the signs of hemorrhoids, the problem might not be caused by hemorrhoids at all. You'll need an accurate diagnosis before you can treat your condition.

If it turns out that you do have hemorrhoids, your doctor will be the best source of information on the next steps. You may be a great candidate for rubber band ligation with the Adler Ligator (AL 9000).

Talk to your colorectal specialist to learn more about hemorrhoid diagnosis and treatment.